Houston, Texas – April 22, 2009: Cobalt International Energy, L.P. and Sonangol, E.P. today jointly announced the formation of a major partnership in the deepwater Gulf of Mexico and the deepwater offshore Angola.

Cobalt will assign 25% of its working interest in 11 Gulf of Mexico deepwater leases to the U.S. subsidiary of Sonangol P&P, Sonangol Exploration and Production International Ltd. Additionally, Cobalt and Sonangol have agreed to a Joint Participation Area in the Gulf of Mexico for any future joint venture opportunities between the parties. Cobalt will remain operator of these blocks on behalf of the partnership.

Cobalt and Sonangol anticipate drilling to begin on the jointly held Gulf of Mexico leases as early as this summer. Drilling in Angola is anticipated in 2010.

"We are extremely pleased to partner with Sonangol in their entry into the deepwater Gulf of Mexico and Cobalt’s entry into the deepwater offshore Angola" said Joseph H. Bryant, Cobalt’s Chairman and Chief Executive Officer. "The strength of such a partnership is clear. Our combined expertise and experience in both of these highly prospective basins will yield tremendous results. We look forward to deepening and broadening our relationship with Sonangol in the future".

"Sonangol’s entry into the Gulf of Mexico is a significant milestone in our growth as a global enterprise. To be able to partner with a company of Cobalt’s reputation is an extraordinary opportunity for us" said Manuel Vicente, Sonangol’s Chairman and Chief Executive Officer.

"Through this partnership, we look forward to developing first hand knowledge of the Gulf of Mexico, which is one of the world’s most prospective basins, utilizing state-of-the art exploration and development technology. At the same time, the partnership looks forward to exploring additional deepwater potential offshore Angola".

Questions regarding Cobalt should be directed to:

Questions regarding Sonangol should be directed to:

Cobalt International Energy, L.P. is a private oil and gas exploration and production company focusing on the deepwater of the Gulf of Mexico and West Africa. The company was formed in 2005 and is headquartered in Houston, Texas. Cobalt currently now holds a working interest in 221 leases in the Gulf of Mexico deepwater, Blocks 9 and 21 offshore Angola, and in the Diaba License offshore Gabon. Cobalt’s financial sponsors include Goldman Sachs, Carlyle/Riverstone, First Reserve Corporation, KERN Partners, and Management.

For more information on Cobalt, please visit their website at www.cobaltintl.com.

Created in 1976 through the nationalization of ANGOL, Sonangol’s breadth of activities include prospecting, research, development, sales, production, transportation and the refining of Angola’s hydrocarbons and their derivatives. In this context, Sonangol is continues to diversify and internationalize both in African and international markets where viable to do so.

For more information on Sonangol, please visit their website at www.sonangol.co.ao. 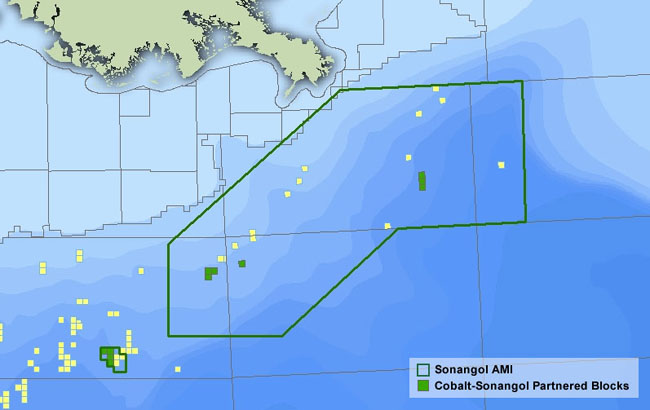 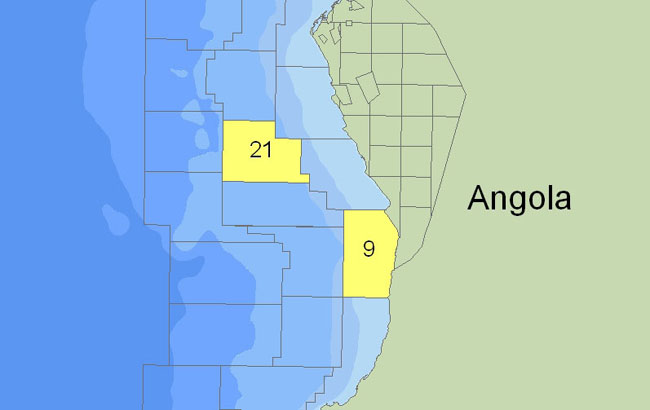